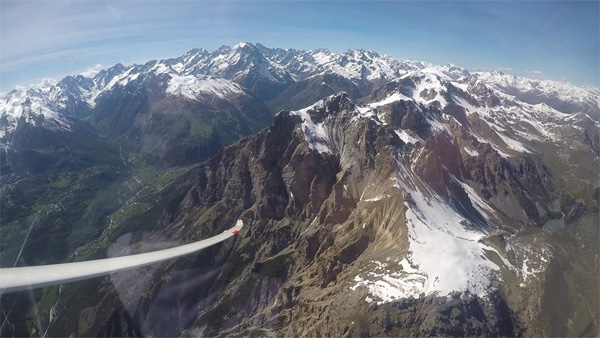 On the 5th of September the first of seven days of racing in the 10th FAI Sailplane Grand Prix World Final  will take place at St Auban in France.

The 10th FAI/SGP series began in 2019 at Livno in Bosnia with the 10th World Final scheduled to be held at Inonu in Turkey as part of the FAI World Air Games (WAG). Much has happened since this first national event with the cancellation of the WAG and four of the 10th series events being cancelled due to the Covid pandemic. it is largely due to the determination and co-operation between the FAI/SGP team and the French gliding federation (FFVP) that we will be able to enjoy another exciting contest between some of the best Sailplane GP pilots in the world.

The backdrop of the southern Alp mountains and the beautiful scenery of Provence will create the perfect stage for the drama of this contest to unfold.

St Auban is a perfect location for sailplane racing, this event being particularly significant as the 10th in a series that started with the first FAI/SGP final in St Auban in 2005. There will be a touch of nostalgia for the referee of this years event, Roland Stuck, who was the director of the first FAI/SGP world final.

Whilst the basic format of the FAI/SGP has not changed significantly since then there have been many innovations and significant developments since the first World Final.

This 10th series will see a continuation of innovation and development of new ways to promote our great sport. In addition to the development of IGC/OGN dedicated encrypted trackers, providing much improved data transfer that enables significantly better live presentation, there will be in cockpit live video, allowing the follower to share the pilots experience. Simultaneous live race coverage in English and French will be provided by the FAI/SGP team and a team from the FFVP.

In addition to the World Final flown in real time each day there will be a virtual race each evening with live presentation and commentary.

The virtual FAI/SGP will be contested by twenty pilots from nineteen countries, flying the same tasks as the actual SGP.  The pilots selected for the virtual FAI/SGP World Final are not all glider pilots but are proven accomplished virtual sailplane racers. There is also an “open” FAI/SGP virtual contest with 240 contestants already registered.

The virtual FAI/SGP final will be live on the SGP channels with live commentary from the dedicated FAI and FFVP virtual race team.