It was a classic thermal day in the region around La Cerdanya airfield, which is 1,324m above sea level in the Segre River valley of the Catalan Pyrenees. The 200km four-turnpoint task took the competitors over the spectacular mountain ridges crossing from Spain into France in the north and Andorra to the west.

On the grid before launch French pilot Maximilian Seis, flying a JS3, said he was going to use the day to explore the area around the second turnpoint, the 2,900m peak Monteixo across the western side of Andorra where he had not flown before. 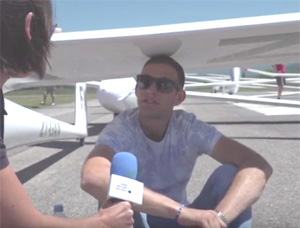 Thomas Gostner, Italy, flying a Ventus 3T has been at La Cerdanya for two weeks and was looking forward to another day of great weather. Łukasz Wójcik, Poland, flew last year at Cerdanya and today was his first flight in Ventus 3. 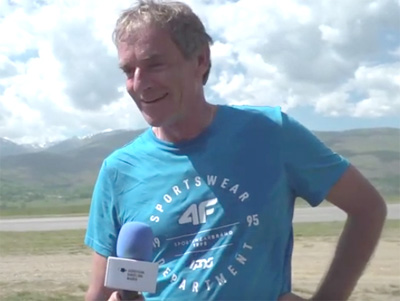 Graham Parker, Australia, remarked that the task was sending them to the high part of the mountains, ‘so we will see if it works. Like all mountain sites, you need local knowledge before you’re any good at it and I am up to flight five here.’ 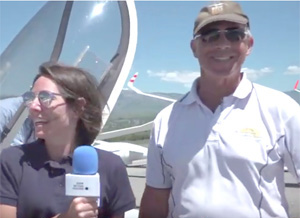 The race was followed with live tracking and commentary by Contest Director Brian Spreckley and local pilot Jaume Prats. This brought the action to life for glider pilots all over the world. All the races will be online as they happen at sgp.aero/finals2019. 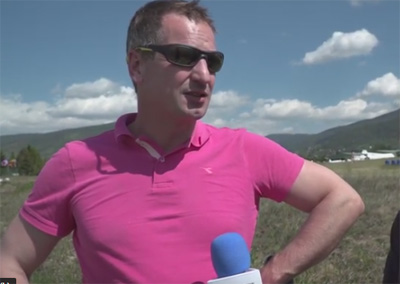 Although this was a practice day, line honours were awarded and Louis Bouderlique, France, came home in first place flying the 200km task at 139kph.  Louis opted to go for the convergence to the north, taking a more direct route to the second turnpoint Monteixo. 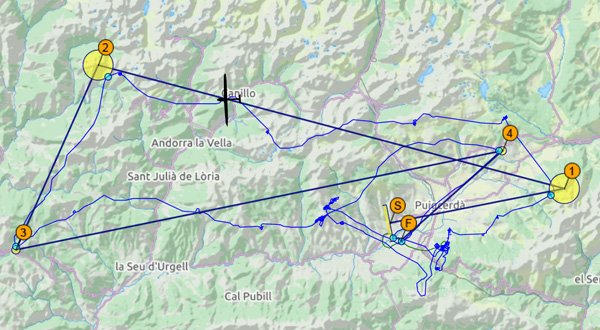 Second across the finish line was Thomas Gostner who, like Louis and others including Kawa, also took the northerly line across the higher mountains. According to local pilots, a more usual route would be to keep further south, which was the line Mike Young, who came in third, and Australian Pete Temple took.  Pete said, ‘I was in the lead for a while today but just one missed climb can mean arriving below the next ridge with a struggle from there. That's what happened to me and a few other pilots today.’ 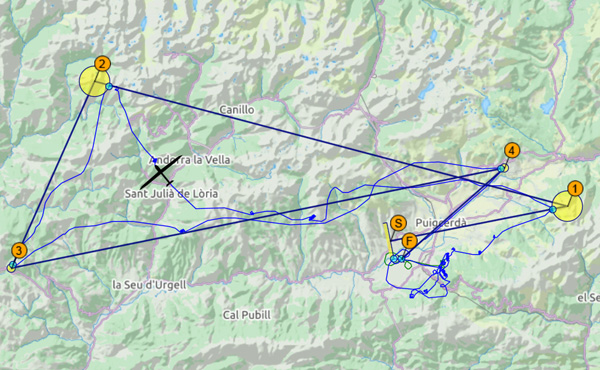 As the racing begins in earnest on 2 June, it will be interesting to see how the various pilots interpret the weather conditions and how they apply their knowledge of mountain flying to the particular soaring landscape of the Cadi and Moixeró Mountain Ranges, Tossa d’Alp Puigllançada, and Pedraforca massifs.

After landing Thomas Gostner said, ‘It was very nice. We climbed up to 3,700m. Very strong thermals, very good race. It was beautiful. This is the life - we are here to have fun and fight.’

The fight for the 9th FAI Sailplane Grand Prix Champion title begins in earnest on the afternoon of 2 June, Madrid time. Wherever you are in the world, keep up with all the action at sgp.aero/finals2019 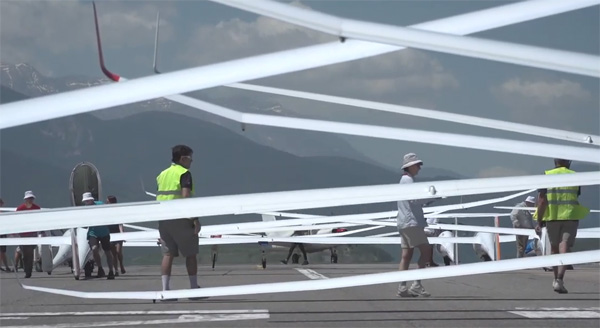