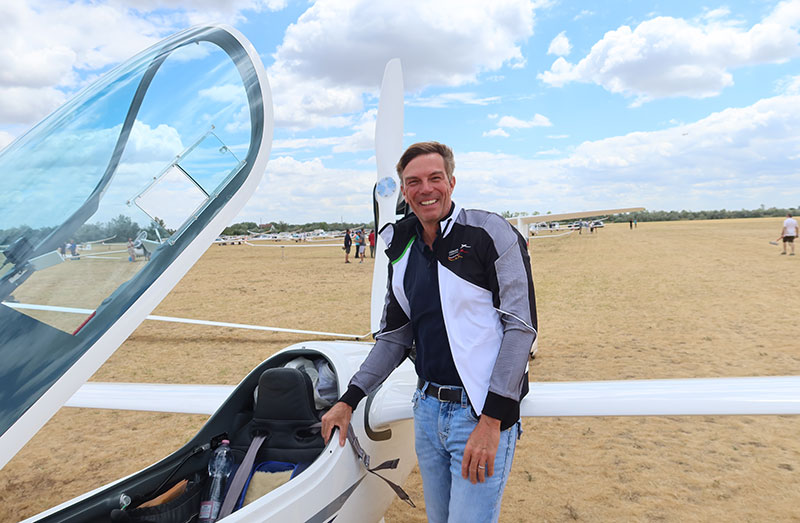 After a rest day, tasks were set for Day 7 of WGC Szeged. The weather was affected by a front passing to the north, bringing windy and overdeveloped conditions.

Current Open Class World Champion Michael Sommer from Germany said of the flying conditions, 'It's a bit windy but it should be OK when we get away from the airfield to the west.'  Michael was in 2nd place after six races, close behind his German teammate Felipe Levin.

Michael Sommer takes off in his EB-29-R.

The conditions today were difficult and there were several overall place changes. Ricardo Brigliadori moved up five places after coming in 5th place. He is now in 5th position overall and withinn shot of a podium positon in 18m Class. 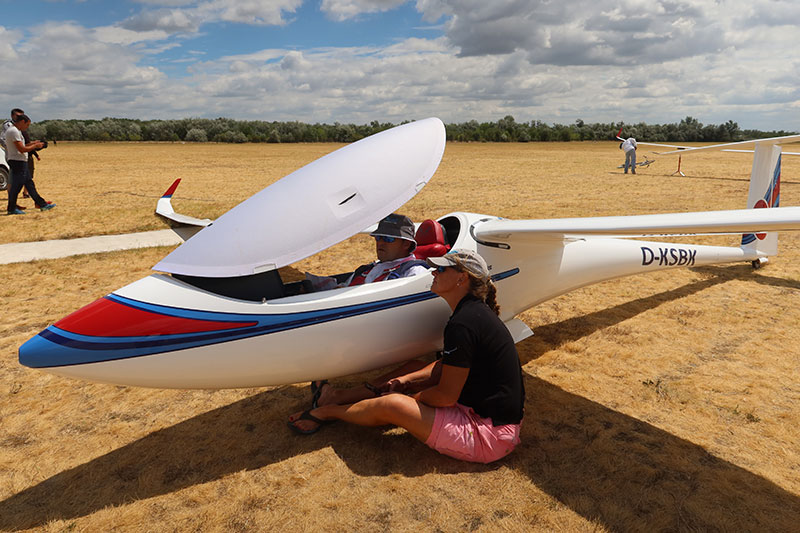 Uys Jonker from South Africa, flying in 18m Class, prepares to launch in a JS3, with Katrin Senne. 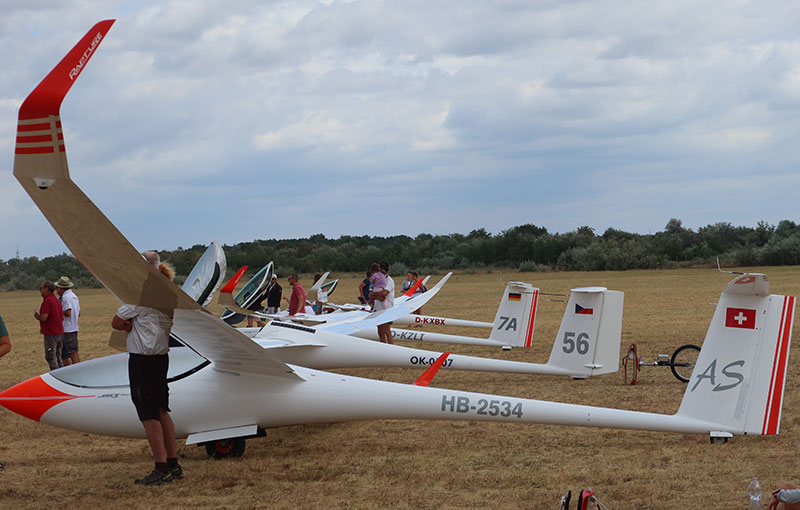 Swiss, Czech and German pilots wait on the grid in 18m Class.

While in 20m Class Sarah Arnold and Karl Striedieckfrom the USA won the day and moved up ten places to 6th place overall and just 118 points behind the leaders, Polish crew Jakub Barszcz and Lukasz Kornacki.

Italian Ricci Brigliadori was smiling as always as he prepared to fly his JS3 in 18m Class. Ricci said, 'Today might be a bit tricky. Maybe that will shake things up a bit and give me the opportunity to pull ahead. But everyone else will be thinking the same thing!' 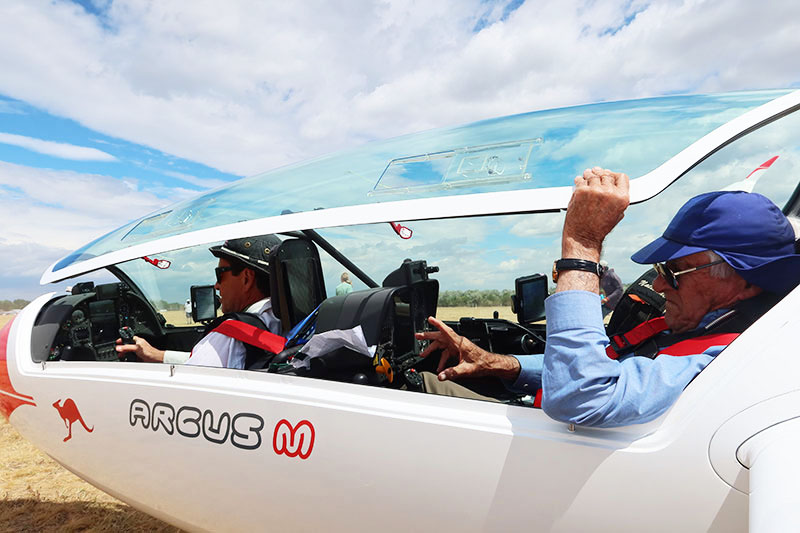 Australians Harry Medlicott and Allan Barnes get ready to launch thier Arcus in 20m Class. Harry recently turned 90 and is the oldest person ever to fly in a World Gliding Championship.

You can follow the races via live tracking at glideandseek.com and read daily coverage of the championships here at Sailplane Racing News